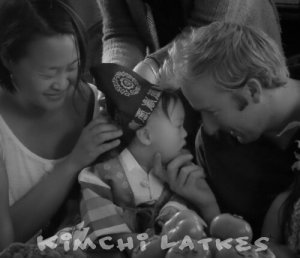 We also, of course, reflected on your first year of life. END_OF_DOCUMENT_TOKEN_TO_BE_REPLACED

From the Daddy Desk: A Clear View to History

I think I have spiders under the hood of my car. Every morning when I walk to the driveway, both of my side mirrors are covered in cobwebs. Then, every day as I drive to the park-and-ride, I roll down the windows and wipe the webs away. The next morning I do the same thing all over again. The spiders and I have had this daily tit-for-tat for at least a few months. END_OF_DOCUMENT_TOKEN_TO_BE_REPLACED

I write in part as a concerned citizen, but primarily as a husband and father.

By now I’m sure you’re aware of the tragic death of Robert Ethan Saylor, a young Maryland man who lost his life at the hands of three off-duty sheriff’s deputies over the price of a movie ticket.  Many have expressed outrage over the circumstances of Mr. Saylor’s death, including the apparent failure of local law enforcement to conduct a meaningful criminal investigation.  In my view, the community’s demand for an impartial investigation (by one or both of your offices) stands on strong moral and legal footing, and I support an independent investigation on these grounds.

Today, however, I wish to highlight a third ground for action: I need my wife back.

You see, I have a young son with Down syndrome.  That circumstance alone has triggered an all-consuming obsession on the part of my wife with “communication”–i.e., Facebook messaging with similarly situated mothers who are (apparently) much more interesting to her than me or our three children, including the baby at issue in her Facebook communications.

Regrettably, your inaction on the Saylor matter has exacerbated this problem beyond my wildest imagination.  Indeed, your foot-dragging has now inspired my wife–already a busy stay-at-home mother of three–to assume the role of a full-time grassroots community activist.  In that capacity–and in addition to the countless hours a day she (still) spends on “regular” Facebooking–she has now also become completely preoccupied with (a) participating in Twitter rallies, (b) sitting for online vigils, (c) co-authoring commentary on behalf of Down syndrome advocacy groups, and (d) otherwise doing anything she can to GET YOUR ATTENTION.

Needless to say, this state of affairs has placed considerable strain on our family.  This week, for example, marks our darling Chipmunk’s second birthday, though I believe my wife may not have noticed.  Fortunately, at this tender age, Chipmunk did not appear to be aware of her mother’s absence from her birthday festivities.  (Anyone interested–including my wife–can check out pictures from our Sunday celebration on Flickr and Instagram.  The park was lovely, and the ice cream cool and delicious.)

AGs Holder and Gansler, only you have the power to bring this chapter to a close.  I implore you: please, please, pretty please with cherries on top, wield your awesome power with mercy . . .

We need our Jisun back.  An independent investigation into the Saylor homicide is the only way to restore peace and order to our home.

Thank you very much.  I appreciate your careful consideration of this important matter.

P.S.  My wife is a good sport and can handle a little ribbing, but seriously, this chapter really should come to a close.  Especially you Gansler: the homicide occurred on your home turf, and by all accounts local law enforcement appears to have very clearly circled the wagons to protect its own.  I’m not aware of any law enforcement agency that hesitates to fill prisons with the mentally ill and poor people of color for minor status offenses.  By what rationale do the facts here not even support an inquiry?  You are sworn to uphold the Constitution and protect the public.  That means making hard decisions, and bringing the law to bear on all who undermine public safety, even if those people are sworn law enforcement officers. Please do the right thing, not to mention your job.  Conduct an investigation of the Saylor homicide free of the personal entanglements and conflicts of interest that appear to have infected the matter at the local level.

While I hope everyone can read this and have a chuckle, it also makes a larger point.  It is depleting to be marginalized.  This is not only because of the original insult, but because of the fight that must ensue to correct the wrong.  This is something that a person enjoying a great deal of privilege perhaps cannot fathom.  While my experience in the Ds community is different because my child has Ds, and not me, I do think that growing up as an immigrant lends me some perspective.  There are two injuries to a person’s psyche when being marginalized to the point that the disability community has.  First, you are told that you don’t count.  You’re told that your life doesn’t matter as much as another’s.  This is bad enough.

I’d argue, however, that the greater insult is that you are forced to give up part of the fight, simply to live.  I wish I could spend my whole life trying to fix the world for my son, but I can’t because my family has needs right now that are entirely independent of any advocacy efforts. They need food, hugs, love, and attention. I hate that I can’t do it all; it feels like I am choosing between my individual family and our collective one.

However… what is the bigger picture?  A new friend suggested that the fight we fight now is actually to lay down the language of tomorrow.  Had I been the one born with Ds, I would have grown up in a generation whose parents fought to even raise me outside of an institution, to get me life-changing medical care, to even have society admit that I was worthy of an education.  I think Patti Saylor’s (mother of Robert Ethan Saylor) generation did that for my son.  And now, I will take what she did and hopefully lay down another narrative.  A narrative in which FULL inclusion and acceptance into society is the norm.  A world in which we do not debate Ethan Saylor’s right to equal treatment, nor point to his genetic makeup as an explanation for his wrongful homicide.

Well, that is the long haul.  I could no more fix the world’s mistaken notions of Ds as I could single-handedly fix the tragedy at the Boston marathon, or the latest, terrifying shooting at MIT. At times, the world can be a sad, scary place. I will hug my Taters tight, and try to appreciate what I have.  I will also be talking, talking, talking about my Taters, Patti’s son, and all of our collective children with the aim of recreating the narrative of disability for the next generation.  I don’t know what that narrative will ultimately be, but I’m hopeful.