Why I can’t let it go: #JusticeForEthan

I might keep writing about him for quite some time. If this bugs you, well, you might have to get over it. (I mean this in the kindest way, of course.) I’ve always voted. I try to make calls, send emails, sign petitions for just causes, but I’ve never been very vocal about it. Truth be told, I am uncomfortable with being so vocal, it has never been my thing. However, I’ve realized that Saylor’s story is part of a greater tragedy that divides and devalues our fellow human beings.

LGBT, straight, black, white, Ds, autism, wheelchair, man, woman, young and old, it really shouldn’t matter; you shouldn’t die over a movie ticket. I realize that not everyone sees disability rights as on par with other civil rights battles being fought today. Maybe that is why I feel the need to keep writing about this. Most people I know quickly agree that there is no basis for treating an individual differently based on religion, gender, race, or sexual orientation. But somehow, talk about disability, and it all gets murky. I’m not saying those other fights so aren’t very important, they are. At least there is a fight. Big. Fights. I can’t say quite as much for what has happened to Robert Ethan Saylor.

I’d love it if you read this blog post. She is a friend of mine, and has a beautiful little girl with Ds. She explains it all more succinctly than I ever have. She also outlines some actions to take.

Maybe until now you’ve felt like Saylor was only important to me because I have a kid with Down syndrome. Or maybe you just thanked your lucky stars that you don’t have a kid who will ever look like him, and won’t get mistreated the way he did. Maybe you don’t think he was mistreated, in which case I beg to differ. I also beg to differ that just because your kid doesn’t have Down syndrome, that you will not be affected by Saylor’s death.

The thing is, I didn’t know about this, until I was forced into a club that I never asked to join. I’m ok with being in this club now. In fact, I’m grateful, and I wouldn’t even change it. I love the club. But that means I have finally come to understand that this club is a club that 1 in 3 Americans will join at some point in their lives. One day, you may be Robert Ethan Saylor. Your child may be Robert Ethan Saylor. 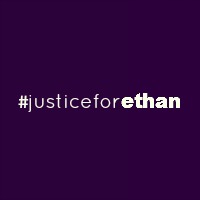 This weekend was a very kimchi/latke weekend. Friday, we had some Tater friends over to dye Easter eggs.  This entailed the big girls (Mouse and friend) dyeing eggs while the little girls (Chipmunk and friend’s little sister) ran amok and looked cute.  LP slept through the whole thing.  On Saturday we headed over to see Latke’s local family for Passover Seder. Latke, if you haven’t already read, hails from a family of the Jewish persuasion.  Sunday, was, of course, Easter. We didn’t go to church (haven’t done that in quite some time, maybe I’ll write about that someday), but, as we live in a predominantly Christian nation, it is darned difficult to miss Easter Sunday.

I know some might vehemently disagree with me, but I really saw much more similarity than difference between what Jews and Christians were all talking about this weekend. END_OF_DOCUMENT_TOKEN_TO_BE_REPLACED

Well, Latke wrote this hilarious thing (basically making fun of me), and I was all set to post it, but I can’t.  I can’t because I can’t get over what is happening with Robert Saylor’s death.  So I know I wrote about this already.  I also know that maybe it makes people uncomfortable.  I get it.  It makes me uncomfortable as well, for very complicated reasons.  But.  I can’t let it go. END_OF_DOCUMENT_TOKEN_TO_BE_REPLACED